A record-breaking weekend for the United States Pro Kart Series hosted the opening round of racing at the New Castle Motorsports Park on Saturday. Round One of the 2020 season was contested as the Hoosier State Grand Prix moved to the first official day of racing at the New Castle, Indiana facility. A record total of 219 entries in seven IAME categories took to the 1-mile ‘National’ layout, completing warm-up, qualifying, Prefinal and Final to begin the 2020 championship campaign. A total of six drivers were able to claim the first checkered flags of the series for the season, as Florida driver Arias Deukmedjian doubled up in the two Senior categories. 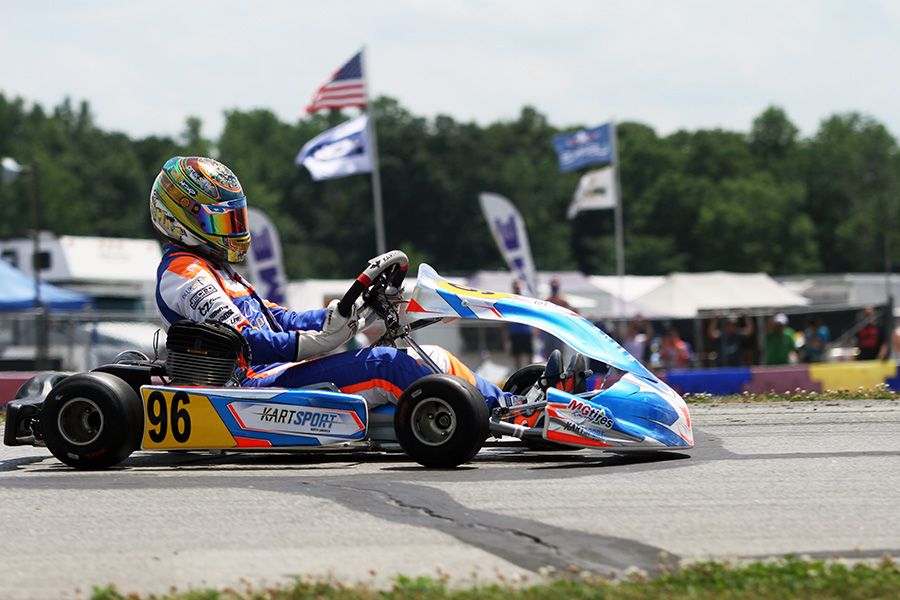 The first victory for Deukmedjian came in the capped KA100 Senior division that featured 50 drivers battle on the day. Comet Kart Sales driver Garrett Adams (Kosmic) defended his home track with fast time in qualifying, posting a 1:08.038 lap to edge out fellow NCMP driver Bryson Morris (RPG / Kosmic) by 29 thousandths. The two drag raced to the checkered flag for the Prefinal win with Adams coming out the winner by 31 thousandths. Deukmedjian (KSNA / Kart Republic) qualified eighth and worked his way up to third in the Prefinal with 2017 series champ Alex Bertagnoli (KSNA / Kart Republic) in fourth. It was Bertagnoli that jumped out to the lead at the start of the 16-lap Final with Morris and Hayden Jones (Nitro / Tony Kart) trailing. Deukmedjian was right there, fighting back and forth with Jones for the final podium spot. With four laps remaining the lead group began fight for the top position. Deukmedjian put himself in the right position on the final circuit, coming to the checkered flag going three wide at the finish line. Arias took the victory by 27 thousandths with Jones second and Bertagnoli third. Morris finished fourth with Brandon Lemke (Franklin / Merlin) placing fifth with fast time of the race. 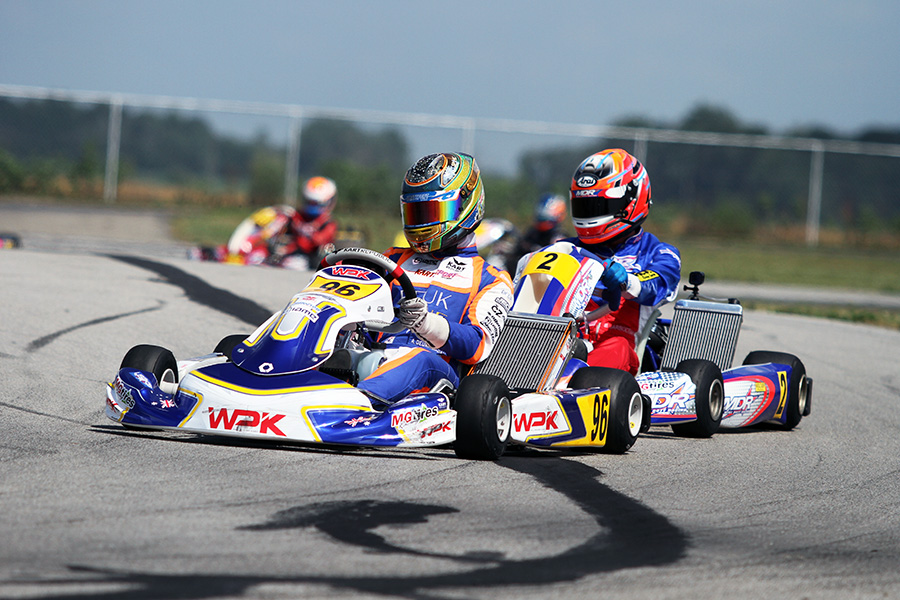 The second came after an 18-lap battle in the X30 Pro category. Three-time defending champion Brandon Jarsocrak (MDR / Kosmic) cleared the 42-driver field by two tenths of a second with current EKN TaG Driver Rankings #1 Ryan Norberg (RPG / Kosmic) in second. The Prefinal went down to the wire with Jarsocrak crossing the line first with the top-six all within three tenths of a second. The Final turned from a three-driver break away to a four-driver battle in the late stages. Jarsocrak, Norberg and Deukmedjian from the P5 starting spot jostled for position out front of the field until a charging Pauly Massimino (MDR / Kosmic) joined the mix. The shuffling continued with Massimino jumping up to the lead until Deukmedjian claiming the spot as they took the white flag. The young driver was able to hold off the attempts by both Jarsocrak and Norberg, clipping them at the line by 28 thousandths. Massimino, with fast lap of the race, settled for fourth with veteran Phillip Arscott putting two KartSport North America / Will Power Kart entries into the top-five. 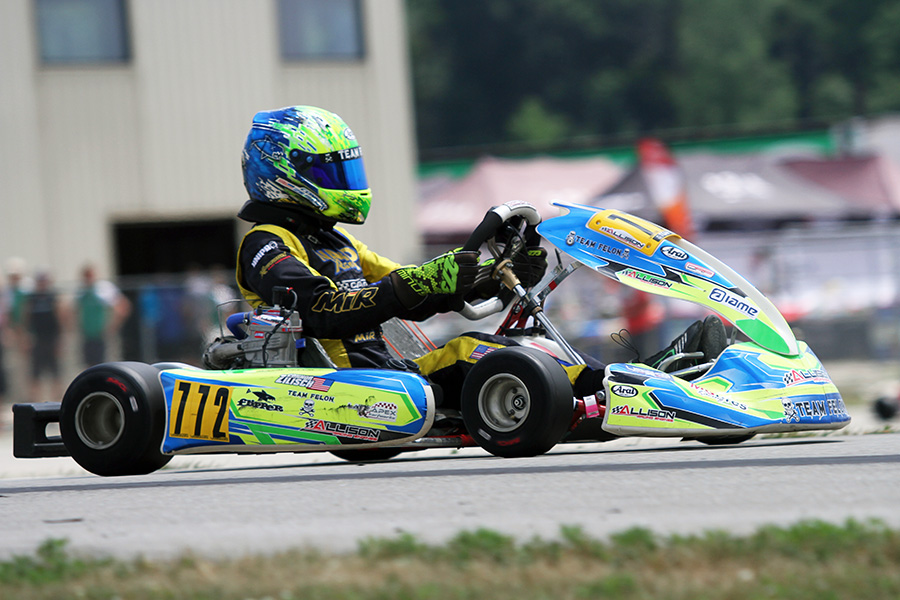 The X30 Junior category saw Connor Zilisch (LAK / Redspeed) go from zero to hero. Zilisch was unable to record a lap in qualifying after discovering a cracked frame. He started from 31st and climbed to ninth in the 12-lap Prefinal that saw top qualifier Josh Pierson (RPG / Kosmic) edge out Paul Bocuse (SCR / Redspeed) for the win. In the Final, Zilisch was quick on the charge, and got to the point by lap six. At the same time, Pierson was shuffled back while Bocuse was involved in contact with John Burke (Supertune / Tony Kart). A number of other front runners were involved in other contact, thus allowing Zilisch to jump out to a comfortable lead. He held it to the checkered flag, scoring the victory. Alex Stainfield (Crosslink / Exprit) took advantage and moved to second after the multiple issues, keeping his nose clean and cruising to the runner-up result. The on-track battle was for third with Pierson, posting fast lap of the race, earning the spot ahead of Thomas Annunziata (TFR / Kart Republic) and Justin Adakonis (MDR / Kosmic). 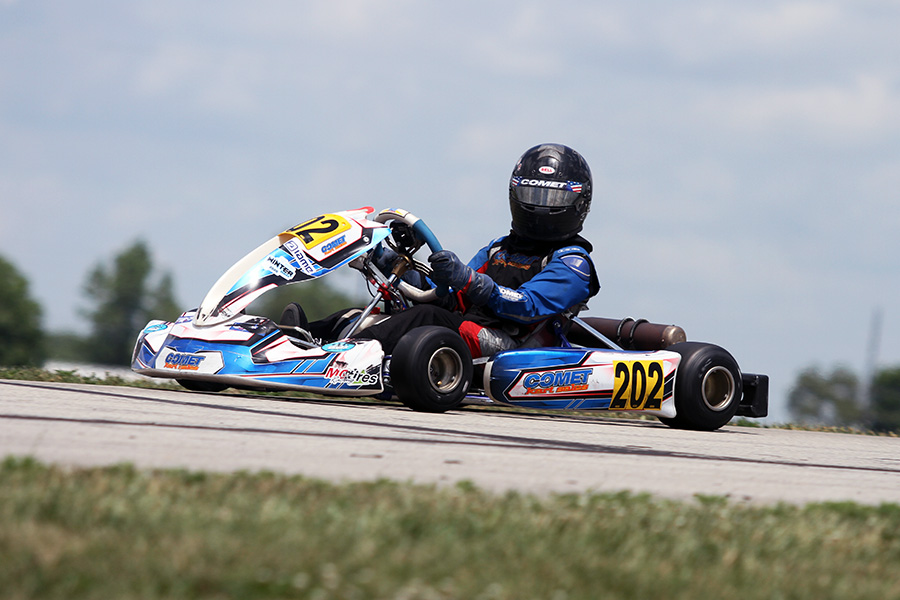 The KA100 Junior class was the first in the order on the day, welcoming the first winner of 2020 after the checkered flag fell. Logan Adams (Comet / Kosmic) was able to get away from the field in the Prefinal to start the Final from the pole position. Six laps of five different leaders ended with some contact that separated the lead group. Two-time USPKS champion Mateo Rubio-Luengo (Supertuner / Tony Kart) took advantage and jumped out to the solid lead. He led the remaining 10 laps to earn the provisional victory. A four-position penalty for a pushback bumper took the win away, dropping him to fifth in the order. That handed the win to Adams, who beat top qualifier Westin Workman (TimmyTech / CompKart) and Connor Zilisch (LAK / Redspeed) to the line. John Burke (Supertune / Tony Kart) and Mateo completed the top-five. 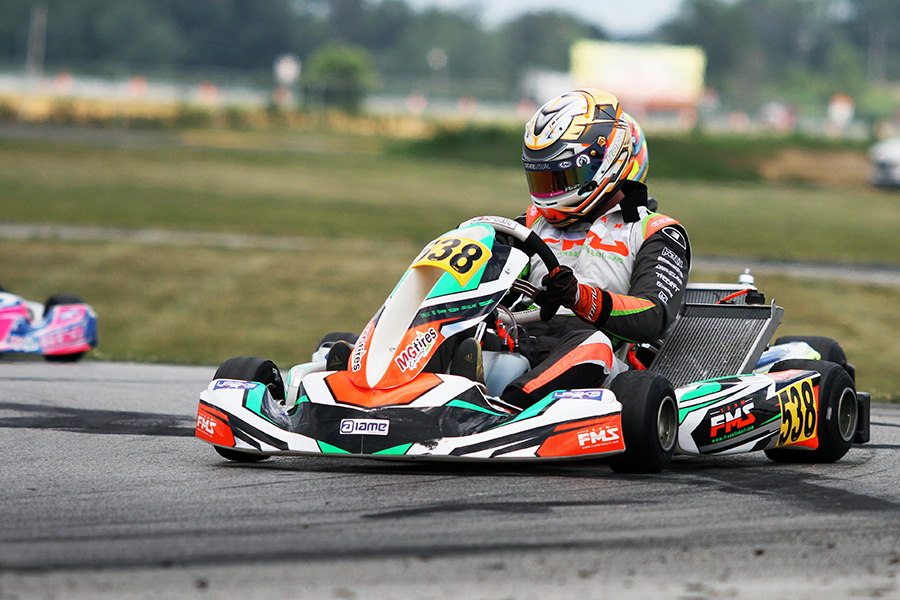 The top three from 2019 were at the front battling all day in X30 Masters. 2019 vice-champion Scott Roberts (SCR / Redspeed) was the driver to beat after qualifying and the Prefinal, yet #3 in 2019 points Scott Kopp (Franklin / Exprit) and defending champion David Galownia (CompKart) were right there. The trio were nose to tail the entire 16-lap Final with Roberts at the point for all but the final circuit. Kopp kept the pressure on all race, making multiple attempts for the lead only to have Roberts shut the door. On the final circuit, Kopp made his move at the ‘Green’ corner and pressure from Galownia kept Roberts from striking back at the ‘Scoreboard’ turn. Kopp was able take the checkered flag for his second career series victory with Roberts second and Galownia crossing third. A pushback bumper penalty took Galownia off the podium and down to fifth, moving Rob Maier (RPG / Kosmic) on the steps with former series champion Cristian Vomir (Tecno) in fourth. 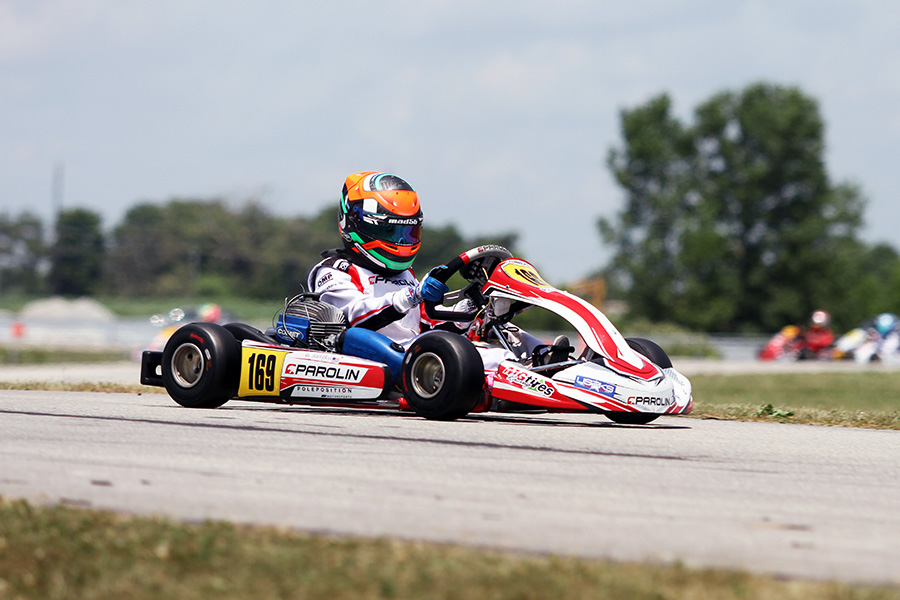 The final results in the Mini Swift category were decided in the final corner – the kink. A stellar four-driver fight in the Final featured top qualifier Matias Orjuela (Parolin), Prefinal winner Cameron Brinkman (Merlin), Max Garcia (Will Power Kart) and Ben Maier (Nitro Kart). On the final circuit, Orjuela lost real-estate to the others in the lead group, with Garcia leading Maier and Brinkman. Going into the ‘I-70’ corner, the top two went inside and Brinkman attempted to pull off the over-under move on the exit. The maneuver was nearly complete when contact was made. Their contact allowed Orjuela to slip past for the lead and the victory, his first at the series. Cooper Shipman (IRM / FA Kart), who started 24th, worked his way through the field and crossed the line in second, but a pushback bumper penalty dropped him off the podium to fourth. This moved Helio Meza (IRM / FA Kart) to second and Parker DeLong (Syntech / Tony Kart) to third, climbing up from 22nd on the grid. Mini rookie Spencer Conrad (Nitro Kart) was classified fifth with Garcia crossing the line 11th, Brinkman 12th and and Maier 16th. 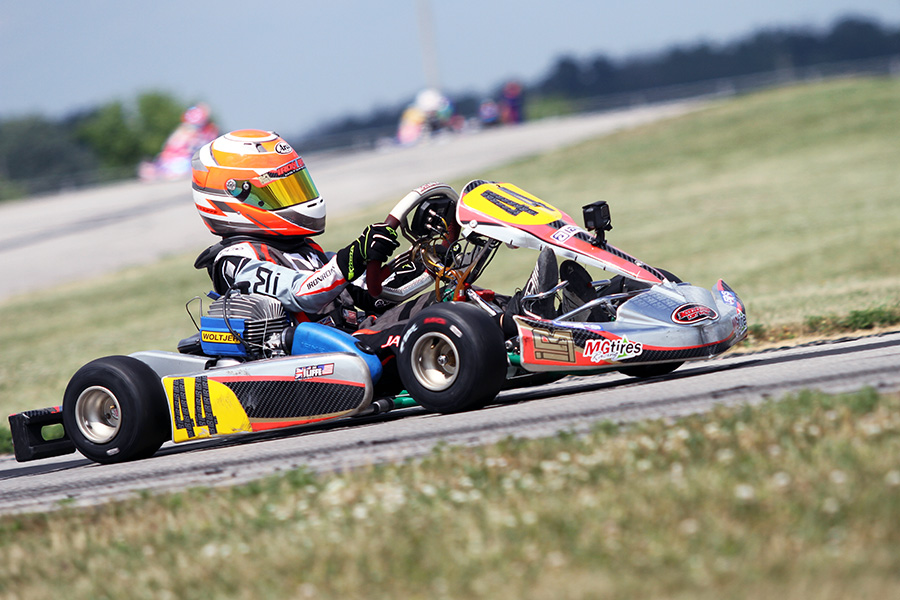 Jack Iliffe did today what he was unable to do last year, win in Micro Swift at USPKS. Iliffe (IRM / Tony Kart) and Carson Weinberg (Nitro Kart) dominated the day. Iliffe struck first in qualifying before Weinberg beat him to the line in the Prefinal. The two ran nose to tail the entire 14-lap Final, with Weinberg at the point. Iliffe made his move early on the final circuit, and fought off Weinberg to reach the checkered flag first by 53 thousandths. Vivek Kanthan (Kosmic) won the battle for third in his first USPKS start, beating out Asher Ochstein (Benik) and Isaac Malcuit (Kart Republic).

Round Two is scheduled for Sunday with another full day of action at the New Castle Motorsports Park as temperatures are expected to increase for the final day of the USPKS Hoosier State Grand Prix.